I had been going back and forth with a few liberal folks on Facebook-the political debate started on a Todd Rundgren fan's page, and he commented on the Social Security tax increase and how he felt that both parties were full of ka-ka (that's slang for doo-doo).

The liberal gentlemen I was swapping comments with were telling me how Democratic politicians want to help people and how Republicans are evil and do not (referencing the Sandy aid vote).

These guys were clearly forgetting the flip flop in the debt ceiling vote between the Bush and Obama administrations (with Ron Paul being the sole constant).

In their minds, Republicans will vote their party line but Democrats are free of such trickery.

But what really hit me, is that both James and Otto (their real first names) were waxing nostalgic for the 2008 election, one saying how astonished he was that we have a black president when it seems like only yesterday the Jim Crow south was in full swing, and how proud he was of America when Obama got elected.

The other seemed almost misty-eyed as he spoke of how much better things are with Obama at the helm when fifty years ago he would have been denied access to certain water fountains. 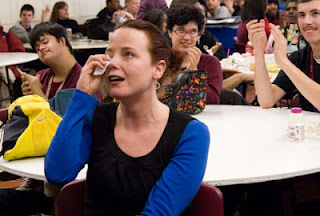 I am not a prejudiced man, but America does not need a black president.

Hear me out before you start fitting me for a white sheet-what I mean is, we need the BEST candidate to be president REGARDLESS OF HIS RACE.

Back in 1996, that candidate happened to be black (Alan Keyes), but apparently Americans were not ready for a candidate who believed in family values, honesty and integrity. 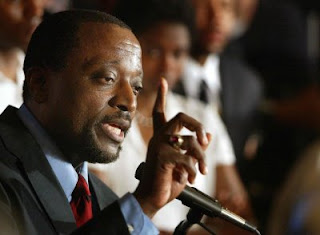 And we apparently still are not ready for those things, because our current president certainly speaks with a forked tongue. 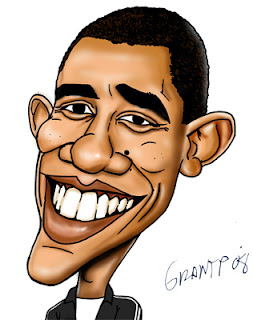 American needs serious leadership, which means we need people to cast their vote after serious consideration.

Our Kenyan-In-Chief has not been good for this country, having continued the economic slide begun by the Big W and squandered trillions while lying to us all the while. 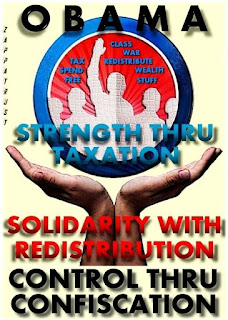 He said the troops would be home in six months and four years later, they're still over there.

Hell, there is still reasonable suspicion that he's not even an American citizen!

But we have a back president where fifty years ago he'd be sitting on the back of the bus, were he allowed a seat at all.

James and Otto and all you other bleeding hearts-your children will have a hell of a price to pay because you voted the "fashionable" choice.

Better for America had Obama been cast as Alfred E. Neuman in the stage version of Mad Magazine:The Musical. 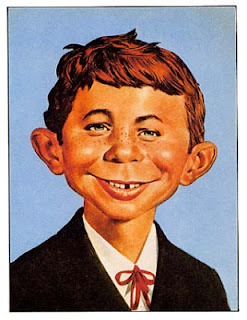 For the record-it is no accident that this post goes live on MLK day!

And don't blame me-I wrote in Ron Paul not once but twice!

Posted by DiscConnected at 1:00 AM 2 comments:

Many Americans noticed that their first paychecks for 2013 were a little lighter the last few weeks,  thanks to a payroll tax increase that is forcing millions of Americans to make the kind of tough budget cuts their representatives in Washington lawmakers seem unwilling to tackle.
Thanks to the end of a two-year cut on payroll taxes which fund Social Security, the tax has risen back up to 6.2 percent from 4.2 percent, costing someone making $50,000 annually about $1,000 per year and a household with two high-paid workers up to $4,500. 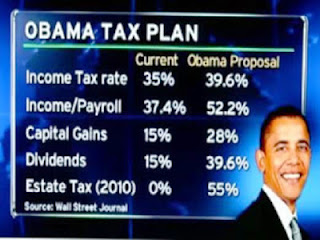 What saddens me is that many Americans believe that their Social Security contributions are being held somewhere in their name, earning interest, when the truth is those dollars are being spent today.
Mark Zandi, chief economist at Moody’s Analytics, told The Associated Press that the higher Social Security tax will slow growth by 0.6 percentage point in 2013. But for the average American worker who earns $41,000 – and will receive $32 less on every biweekly paycheck moving forward – the change will not be an “insubstantial hit,” analysts told FoxNews.com.
“And I think a lot of people don’t even realize this is happening,” said  Michael Tanner, a senior fellow at Cato Institute, a Washington-based think tank. “This kind of just slid by the wayside with all the talk of the fiscal cliff.”
Simply put, less money “definitely will be” a shock for many Americans toiling in an uncertain economy, Tanner said, adding that many will restrict impulse purchases rather than alter long-term financial planning.
“People will have less money in their pockets, so by definition, they’re going to have to make do with less,” he said. “How they change their behavior remains to be seen.”
I can only hope that young Americans wise up and take a hard look at Social Security as a whole. People under the age of 50 need to start asking serious questions as to why they’re paying more into a Social Security system that they are increasing unlikely to get any benefit from.
This is not a party issue. Both parties have been stealing from Social Security for several decades, have not taken action and have been lying to you about it.

GO BACK TO SLEEP AMERICA....YOUR MONEY IS SAFE WITH OBAMA
Posted by DiscConnected at 1:00 AM 9 comments:

Under each of the past several administrations that went into a second term, the president decided to do a little empire building.
We were lucky with Clinton-he mainly bedded interns. And Reagan had lost a step by term two, so not much happened on his watch. George W gave us wars all over the globe and the increasing intrusion of government into our lives via the TSA.

And now our boy from Kenya is going to continue his push towards a Communist state by siccing Vice President Biden on gun control, exploiting the tragedy in Connecticut as his justification.

And Americans will buy into it because under the public educational system that has deteriorated so badly over the last forty years, most people under the age of fifty do not realize that the second amendment is to protect WE THE PEOPLE from despots like Barack Obama, who feel like they can rewite the laws of the land any time they want. 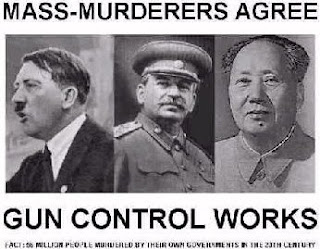 Biden, speaking at a meeting with the National Rifle Association, gave a glimpse into the gun-control recommendations his task force plans to have on the president's desk in a matter of days.

The vice president said "an emerging set of recommendations" focuses on launching "universal" background checks, restricting high-capacity magazines and allowing federal agencies to do more research on gun violence.
Earlier in the week, Biden said the administration might use "executive orders" to implement some policies, saying that the the administration might go around Congress to implement some provisions.

"There are executive orders, executive action that can be taken," Biden said. He also said separate legislative action would be "required."
"Vice President Biden would do well to read the 2nd Amendment and revisit the meaning of the phrase 'shall not be infringed,'" Rep. Steve Scalise, R-La., said in a statement. "Bypassing Congress to implement radical policies is never acceptable."
The White House and the NRA have found little common ground as the two groups craft separate responses to the tragedy.

The NRA, after staying silent for several days after the Connecticut school massacre, eventually called for a national school security plan to install armed officers at every school in the country. The White House, though, has suggested that plan would not be effective.
But the NRA and other firearms group say the same about proposed restrictions on certain weapons types, noting that assault weapons are not often used in the commission of violent crimes -- handguns are more common.
The real story here is that gun control is not about guns at all...it's about control.


And the next time there's a stabbing, Obama will ban butter knives. And Americans will surrender their silverware!

"GO BACK TO SLEEP AMERICA....EMPORER OBAMA HAS YOUR BACKS!" 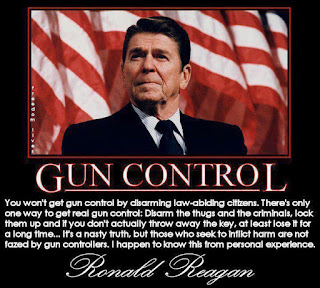 Posted by DiscConnected at 9:02 PM 10 comments: