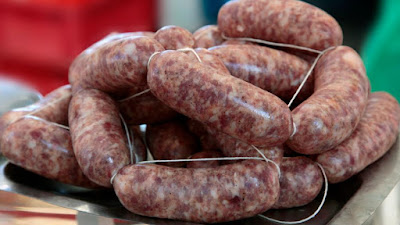 A South Florida family awoke to frozen Italian sausage on their roof.

The Adair family, of Deerfield Beach, woke up Saturday morning to the loud thud of several packages of frozen Italian sausage banging against the roof.

"It was like thunder, and it awakened me out of a sleep," Travis Adair told WPLG.

After finding two packages of the meat in their yard, the family checked their roof and found three more packages.

In total, 15 pounds of sausage somehow ended up striking their home.

The packages were marked William Land Service, a land-clearing company from Alabama, according to WPLG.

"I called them and the guy had no idea what I was talking about and probably thought I was crazy," Travis’ son Austin Adair told WPLG.

Baffled by the discovery, the family thinks the meat drop was either connected to a drug deal or fell from a plane. 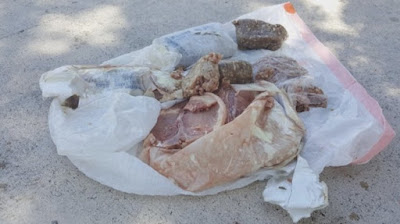 Posted by DiscConnected at 8:16 AM 4 comments: