ARE AMERICANS TOO DUMB TO LIVE? EPISODE ONE

Beginning a new series of random posts that provide evidence to support the notion that America really is as dumb as it appears to be.

For example, take a look at the following photo: 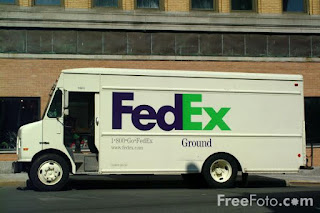 Why do you suppose Federal Express felt the need to specify that the truck provided "ground" transportation?

Does Federal Express own ships? Do you think they say "water" on them?

Do you think that their planes say "Air" on the sides?

What about when the planes are on the runway?

Aren't they actually "ground" at that point in time?


Posted by DiscConnected at 2:21 PM 6 comments:

GREECE-ING THE WHEELS OF OUR ECONOMY? 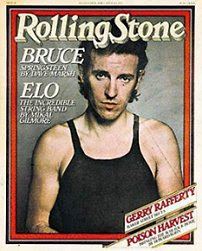 As a music fan and collector, I have subscribed to Rolling Stone magazine off and on since I was a teen.


But even as a teen, I always wished they’d leave the news reporting to people who knew what they were doing. While I had not yet learned how liberal the bias was in the media at large, it was obvious in Rolling Stone, as well as obvious that the alleged “reporting”  was somewhat akin to the newspapers at supermarket checkout that claim Elvis sightings.


But every so often, an article’s title catches my eye, as did a recent story, “The Mad Science Of The National Debt” by Matt Taibbi. 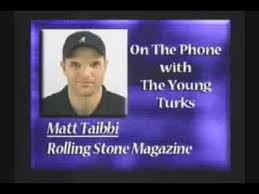 Mr. Taibbi begins his article saying that the vote on the debt ceiling limit is being used by Republicans to manipulate the government into a state of paralysis, implying that the more noble Democrats are simply trying to  run the government. 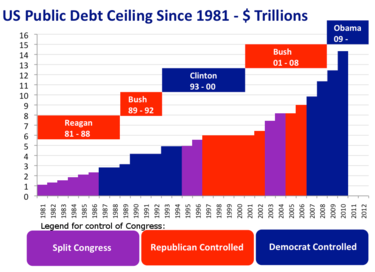 Taibbi either did not think to check, or has forgotten, that when this issue came up under Bush’s presidency, Democrats (including a certain Senator Obama voted against it, and most Republicans voted for it. 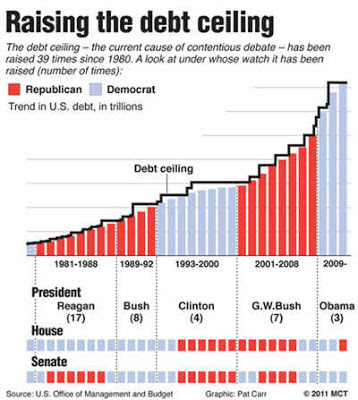 Interesting to note that Ron Paul has voted against raising the debt ceiling regardless of what party sits in the oval office.


In any event, right off the bat, Taibbi screams conspiracy for what is simply partisan politics in America.


Taibbi goes on to say that comparing the US federal budget to a household budget is a fallacy because a household cannot raise money by fiat.


I do not understand Taibbi’s reasoning here. It is true that a household budget generates money through two ways (income or debt), and the federal government can tax, borrow or print money. 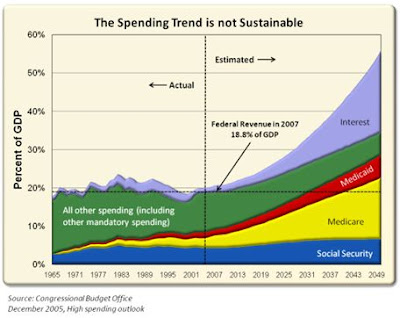 How one raises revenue is certainly independent of what one spends money on, and any entity has to limit its spending to be within its means.


When the debt ceiling is raised, the federal government is able to borrow more money, adding to the record deficits that Obama has mounted up.


The federal government will have to pay interest on the debt, and eventually pay it back.


How, then, does the government pay the debt back?


Well it cannot borrow to pay the debt back-that is the logic used on those tee-shirts you used to see in the eighties that read “Can I Pay My Visa With My Mastercard?”


That leaves it with taxation or printing more money.


I will not try to explain why printing more money is simply taxation in disguise, but I would encourage you to read a book called How an Economy Grows and Why it Crashes.


The book uses illustration, humor, and accessible storytelling to explain complex topics of economic growth and monetary systems and expose the glaring fallacies that have become so ingrained in our country’s economic conversation.


And while you may not go right out and read that book before finishing this post, I’ll ask you to accept my word that simply printing money is not a good thing for the government to do.


Which leaves us with taxation.


Obama is borrowing trillions from China today. Even if the debt remains outstanding forever, there are semi-annual interest payments that must be made.


Except what is happing to the population in the United States?


But the Baby Boomers, whether they went to Vietnam or to college, benefitted from new birth control methods and free love-they did not need to get married to get laid anymore. Add to this empowered women entering the work force en masse, and the Boomers failed to outproduce their parents in the kids department.


And during the remainder of this decade, the Boomers are retiring.


And according to most studies, they have no retirement savings.

Why is this important?


Many people think that their Social Security contributions are sitting in a trust fund somewhere, but that is not the case. This is a “pay-as-you-go” program, which is why its critics often refer to it as a Ponzi scheme. 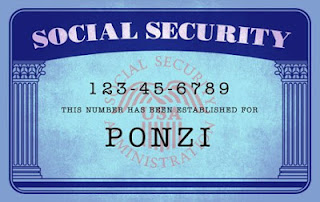 In 1960, the last year for the boomers, there were 5.1 wage earners for every Social Security recipient.

That means that every worker will need to contribute in taxes enough for one-half of an elderly person’s lodging, food, and medical care.


And now Obama expects them to be able to pay interest on the increased debt as well. Not to mention all of the other existing government cash outlays.


So to Mr. Taibbi, and everyone else who wants to government to continue to hide its head in the sand, I say to you that the people who a forcing this discussion are, in fact, patriots.


We need to look at WHAT our government is spending money on and WHY, and not argue about how it should raise the money.


If the federal government limited its excess to things within its Constitutionally-delegated authorities, we may not be in as big a mess as we are. 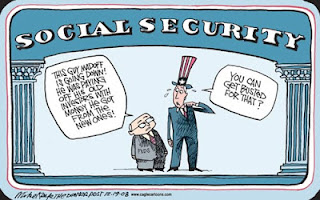 But the excesses of the last few decades on areas like education, healthcare and saber-rattling around the world have put the countey’s finances in as bad or worse shape than those of the typical boomer.


Maybe the crunch won’t hit critical mass at the end of this decade as many predict, but it is only a matter of time, and Mr. Taibbi’s uninformed rants will not change that fact.
The fact is, every President since Nixon has known that our spending is unsustainable, and every President has ignored that. Only one (Clinton) made any attempt to rein spending in ( look at the relatively stable debt ceiling limit under his reign-he was too busy shtupping interns to spend taxpayer money).
That makes all of them irresponsible at least, if not traitors to the oath they swore.
And they swore that oath to you.
So, America, continue your love affair with Obama while he continues to screw your future behind your back (without the benefit of lubricant).
And keep looking to your atheletes, musicians, and movie stars for guidance. I am sure Matt Taibbi's journalism degree makes him just as much as an economic authority as people like Peter Schiff or Ludwig von Mises. Or even Ron Paul, for that matter.
You keep drinking the Kool Aid.
I'm sure everything will be just fine. 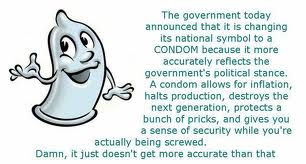 Posted by DiscConnected at 11:49 AM 6 comments: