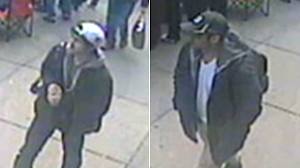 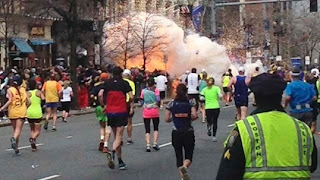 The bombings on Monday killed three people and wounded more than 180 others, tearing off limbs in a spray of shrapnel and instantly raising the specter of another terrorist attack on U.S. soil.

The brothers are from a Russian region near Chechnya, which has been plagued by an Islamic insurgency that has carried out deadly bombings in Moscow and other Russian cities.

They lived near Boston and had been in the U.S. for about a decade.

The brothers were identified from photos and video of the two young men at the finish line.

Authorities said surveillance tape recorded late Thursday showed Dzhokhar Tsarnaev during a robbery of a convenience store in Cambridge, near the campus of MIT, where a university police officer was shot to death.

From there, the two men carjacked a man in a Mercedes-Benz, keeping him with them in the car for half an hour before releasing him at a gas station in Cambridge. The man was not injured.

The search for the vehicle led to a chase that ended in Watertown, where authorities said the suspects threw explosive devices from the car and exchanged gunfire with police. A transit police officer was seriously injured during the chase, authorities said. Tamerlan Tsarnaev was shot several times and pronounced dead at an area hospital.

Dzhokhar Tsarnaev excaped, and as of this writing has continued to elude authorities.

What I always wonder about terrorists-if they are, as they call themselves, “soldiers” and “freedom fighters,” why do they go after civilian targets?

Can anyone explain to me the military significance of the Boston Marathon? Or what these three people did to deserve to die on Monday? 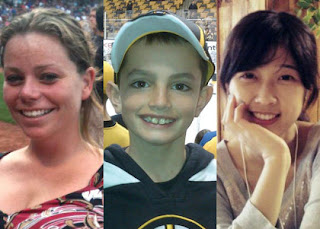 Terrorists are, in fact cowards.

It's easy to plant a bomb and walk away and detonate it-very little risk to the aggressor.

If these assholes are, in fact, "freedom fighters," let's see them walk up to a military base and attack it.

It's very different picking a fight from afar with someone unarmed who just ran 26.2 miles versus picking one up close with someone armed with an automatic rifle.

These two jackoffs murdered two lovely young women who were just starting their adult lives, and an eight year-old boy who was naively optomistic enough about human nature to have had this picture taken: 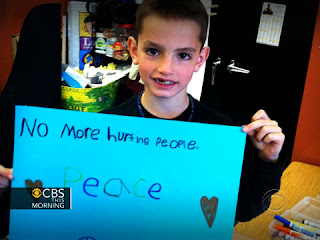 Three innocents killed, and no one even knows what cause was being espoused.

Three families who lost young ones, and will have to carry that loss with them.

If Dzhokhar gets captured alive, I think the families of the three dead should be given Louisville Sluggers and allowed an hour in a room alone with his punk ass.

Those pussies at the American Civil Liberties Union are at it again! 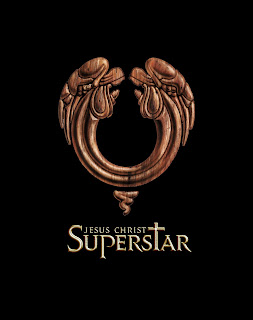 A portrait of Jesus that had adorned a southern Ohio public school district building since 1947 has been taken down after officials decided they could not risk losing a lawsuit to the American Civil Liberties Union.
The superintendent of Jackson City Schools said that the decision was made after cowards at the district's insurance company declined to cover litigation expenses. A student club that the school says owns the portrait took it down Wednesday morning at his direction.
The ACLU and the Freedom from Religion Foundation had sued on behalf of a student and two parents, calling the portrait an unconstitutional promotion of religion in a public school.

An ACLU spokesman says the lawsuit remains in effect, but will be dropped if the portrait stays down. 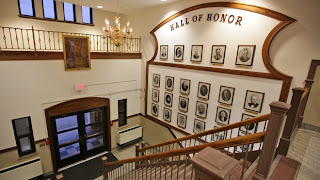 The "Head of Christ," a popular depiction of Jesus, had been in an entranceway's "Hall of Honor" in a middle school building that was formerly a high school.

It was near portraits of dozens of prominent alumni and people with local roots such as the late four-term Ohio Gov. James Rhodes.

The portrait was moved recently by a Christian-based service club to the current high school building.
A complaint that triggered the February lawsuit put the 2,500-student district in the midst of the ongoing national debate over what religious-themed displays are permissible. 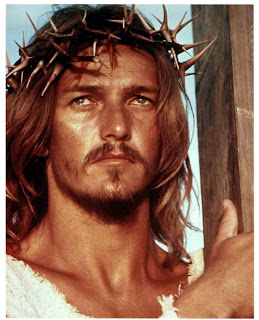 And so, once again, the ACLU screws it up for students, but manages to strike another blow for athiests everywhere.

What amazes me, is that if all these athiests are so sure of themselves, why is it that people of faith seem to threaten them so much?

It's almost as if they are afraid they may have it wrong...

As for the lame-ass student and his asshole parents?

Can you please get a frigging life?

I hope the other students in the school have a lapse of faith and kick the living shit out of you.

Then I think some rolls of toilet paper blanketing your parents' house may be in order.

What Jesus would do? Probably not.

The feeling I'd get if I read about it in the news? Priceless!
Posted by DiscConnected at 9:04 PM 12 comments: